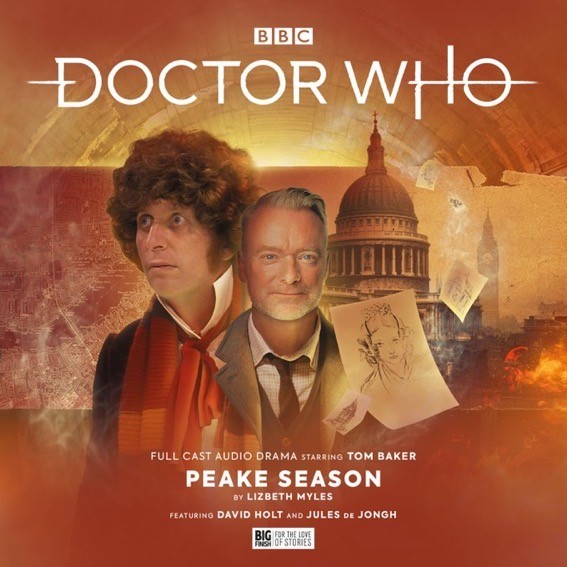 We are thrilled to announce that David Holt will be appearing in the the new Doctor Who audio spin off ‘Peake Season.’

Marking 40 years since Tom Baker originally hung up his multi-coloured scarf as the Fourth Doctor on television.
Peake Season will be released as part of The Fourth Doctor Adventures: Series 11 Volume 2 in June 2022
Producer David Richardson said: “It perhaps won’t have escaped listeners’ notice that our schedules will look very different from next year, with each Doctor getting their own ongoing range of three-disc box sets. With Series 11 and 12 of the Fourth Doctor Adventures recorded so far in advance, the change in format required the addition of an extra story to each – which we approached with excitement and joy!

“It gave us an opportunity to add new flavours to the series – a surreal excursion to another world with Mervyn Peake in Peake Season, and a moving character piece in The Ghost of Margaret. Things have worked out for the best – these stories are just the loveliest bonus, adding so much more to the line-up.

“How wonderful to think, 40 years after the Fourth Doctor regenerated at the end of Logopolis, we can look forward to more TARDIS trips with Tom Baker than ever before.”